The hidden dangers of moisture in your home 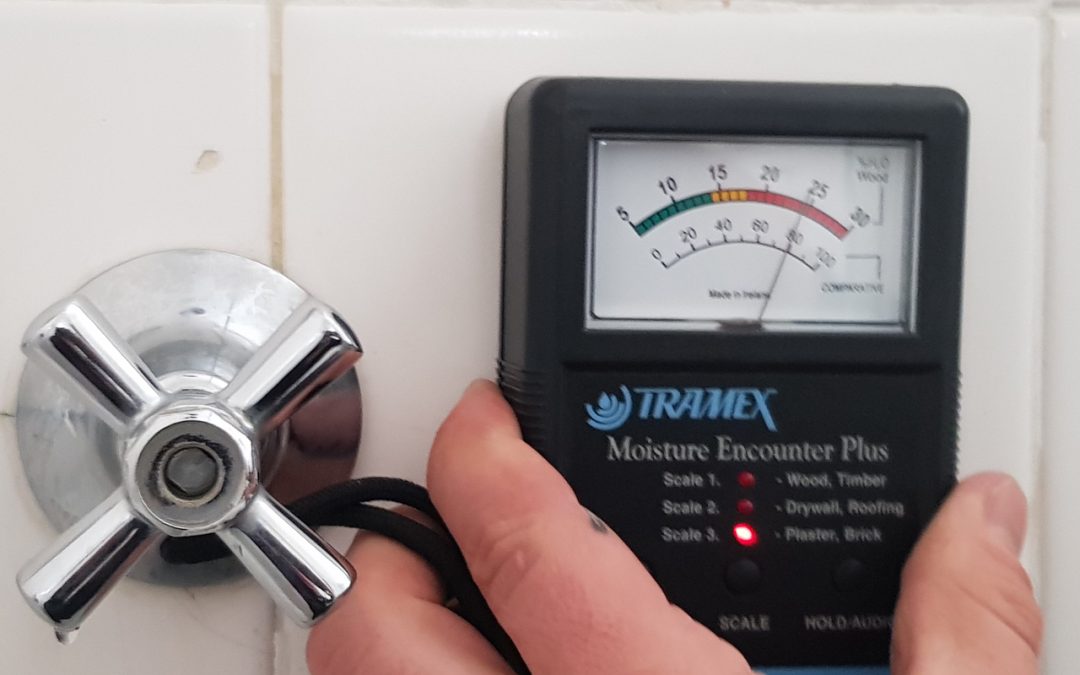 Some parts of South Australia may be in drought, but that doesn’t mean our buildings aren’t still susceptible to damp issues. Problems of rising damp and salt damp can still be present even if the climate has been dry. Why? Well, often the dampness is caused by influences other than the weather.

A range of other factors can often lead to dampness which can pose a threat to the structural integrity of a building as well as threaten the health of the occupants. If a house is structurally sound, short of inundation and flood, the home should be able to keep out day-to-day dampness. Problems arise when the structure, particularly the walls and roof, allow moisture to enter wall cavities and is then unable to escape. Sometimes surrounding vegetation at your property can also contribute to dampness issues by creating a more moist environment.

Older homes constructed from stone and brick are often infected by salt damp which can be like a cancer eating away at the structure of the house.  In the Southern Suburbs, Fleurieu Peninsula and Adelaide Hills there are many beautiful heritage homes where salt damp is an ongoing issue. And don’t be fooled by the appearance inside the home; if the original walls in an old home can’t be seen from the inside it often indicates gyprock has been used to mask a problem.

Rising damp, from a hidden watercourse or poor foundations, as well as salt damp, can lead to mould and fungus growth which can create significant health problems for the occupants of affected homes.  Left untreated damp issues can result in the softening of plaster, peeling of paint, rusting of reinforcing and nails and the rotting of structural timbers. And, if that isn’t enough, the dampness is also likely to attract potentially damaging insect pests such as termites and borers who seek out moisture, particularly where a feed is on offer.

As well as external issues creating damp problems for houses, internal faults can also lead to moisture issues and mould. A leaking pipe hidden within a wall, or poor quality ventilation, can also have a similar result eating away at the timber in your home and creating a health hazard.

To the naked eye damp issues may not always be obvious.  Professional building inspections such as Smart Choice Building & Pest Inspections not only visually inspect properties but also use moisture meters when carrying out a comprehensive assessment of a property.  They even hop onto the roof to check for leaks, or potential leaks, that may lead to a damp issue in the future.

Dampness is a problem that could cost a property owner tens of thousands of dollars to overcome, but it costs just $420 for a comprehensive fixed priced building inspection before you purchase the property.

If you’re after a building inspection in Adelaide, Adelaide Hills, the Southern Suburbs or Fleurieu Peninsula give Smart Choice Building & Pest Inspections a call today on 0477 700 101.