Are termites having a summer holiday in your home? 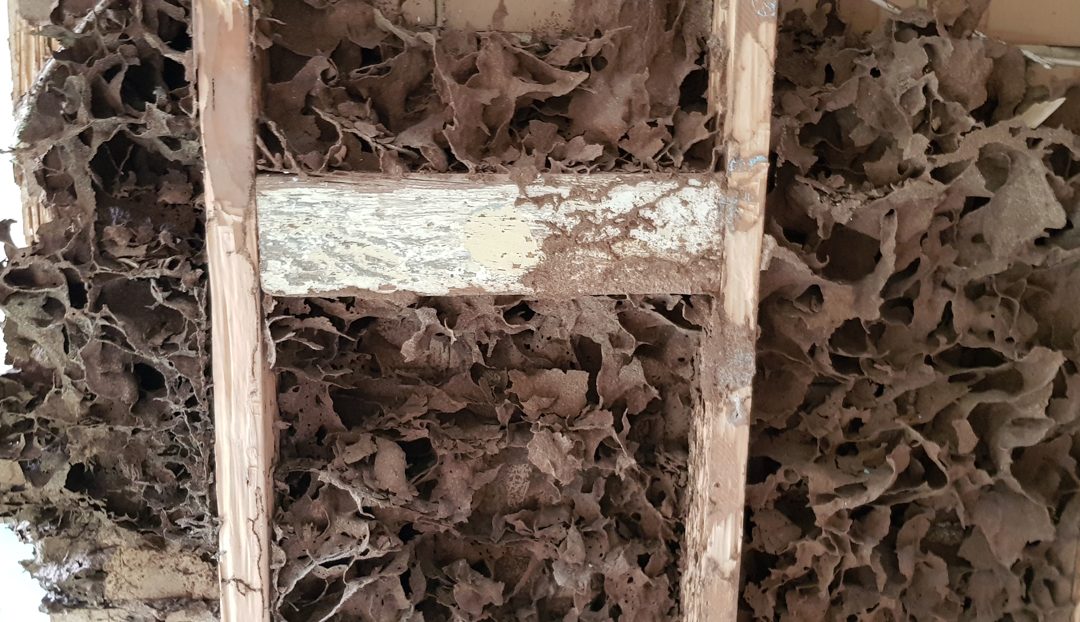 The warmer weather is here and that means termites step up their activity, particularly in areas which experience a significant drop in temperature during the winter months.

If you have an area of your property like an old tree, the firewood shed or simply a pile of soil and rubbish, you may start to see termites on the move.  Spring and summer are the months where, traditionally, pest control companies get the most calls for white ant treatment.

Home owners who may not have previously noticed termites on their property or, worse, in their home, may soon start to notice the signs.  Termites that have been quite happy to remain in an old tree stump in the backyard may now decide to seek out more fancy lodgings for the summer … in your home.

You may think finding termites in your home is an easy exercise.  With each insect being 4-15mm in length you would think that in most instances property owners would be able to see them … but you’d be wrong.  These busy little creatures can be munching away inside your ceiling, wall or floor for some time before you see any sign.  Often, once you see a physical sign of termite invasion such as mud trails, paper-like dust or honeycombed timber, significant damage has already occurred.

And, if you live in a historic home in some of our heritage areas of the state such as Willunga, Port Elliot, Goolwa, Victor Harbor, Yankalilla and Normanville, don’t be fooled into thinking you’re safe from these destructive critters.  Many of the older stone and brick properties have had gyprock and timber added to disguise salt and rising damp issues providing the perfect highway to the ceiling for the invading termites.

So, what’s the big deal if the termites come for a visit in your home?  Apart from the thought of having creepy crawlies in your wall cavity, they can cause serious structural damage to your home posing a risk to occupants and costing you thousands, if not hundreds of thousands of dollars, in damage.  You’ve often heard fire authorities say “electrical fault” is to blame for a house fire, but what you may not realise is that termites are often to blame for the fault which led to the fire.

Although there are steps you can take to reduce the risk of termite attack in your home, they are not foolproof.  Even though you may not see any activity, often the damage you can’t see is the most dangerous.

The only way to know if your house is being used as a lunch venue for a family of termites is to have a professional undertake a pest inspection.  SC Building & Pest Inspections conducts visual inspections as well as uses meters to assess whether or not you have termites or whether damage has been caused in the past.